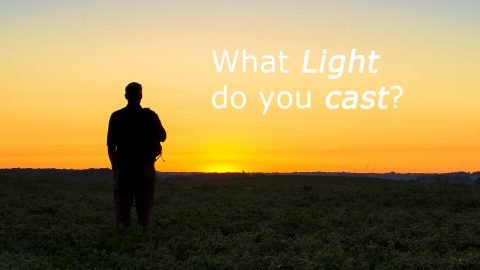 He and I had worked together for a few years when he stopped by my office. He needed an unbiased ear to help with a staff issue. His team had taken on the habit of always criticizing each other. At first, he thought it was a good sign because he believed that they had started to bond. But the more he listened, the less he liked what he heard. They were disrespectful to each other.

He didn’t know what to do.

The people that you have around you are your biggest influence.

I asked him how their performances were. He described a litany of issues that each of his team members was having. Listening to him, I would not have believed there was a good one in the bunch.

“How valuable are the players on your team to the organization’s goals?”

“Valuable,” he replied, “we have accomplished so much.”

“When was the last time you told them?” He stopped, pausing, “It had been awhile.”

“When you talk about their performance do you focus on how well they are doing or what they can be doing better?”

“I want them to be better so we can keep doing amazing things.”

“I get that,” I explained, “but let me ask you this, why do you think they criticize each other?”

It took him a moment, but he realized that they were following his lead.

Our job as leaders is to influence those individuals around us. And we do this by our behaviors. Studies have shown that people adopt similar patterns of behaviors from those they respect and those that are in positions of power. I separated respect and power because they are different qualities. Respect is something that is earned within an organization. Power is something that is given due to a higher level of authority. Great leaders get their power through respect. Bad leaders get their respect through power.

In either case, we are apt to imitate the behaviors of those around us. We can see this easily in our families. Think about your parents, what behaviors of theirs, do you do? For example, my father is an avid hiker, each week leading hikes through the mountains of South and North Carolina’s. I too am an avid hiker and enjoy hiking in the woods whenever I get a chance.

At work, this influence may not be as easily recognized but does happen. I collaborated with a group of individuals who were all fantastic about being open about their strengths and their limitations. At first, I was guarded and spoke more of my strengths, but as time passed, I noticed that I too was talking about my limitations. This built trust up in the group and allowed us to work together to get the best possible outcomes.

Our behaviors influence those around us.

The good news is that we also positively affect people. Have you ever worked for a manager who was good at going on break, leaving on time and taking vacations? I bet, in time, you started to get these habits as well.

There is no influence like the influence of habit.

The aim is to know that your behaviors affect those around you and to make the best effort to influence their behaviors positively. When you have a behavior that is negatively impacting the team, focus on it and work to improve it. If you can share your work to change your behavior with the team, even better. This action will stop them from imitating you and may also provide you feedback so you can continue to improve.

This site uses Akismet to reduce spam. Learn how your comment data is processed.